Tim Street is ex- Royal Navy and was looking for a business that enabled him to work the hours that he wanted with minimal stress. Tim came to The King Academy at the beginning of 2019 as part of his resettlement into civilian life. 2 years on Tim is running Integro Ovens to the hours that suit him, with a waiting list of customers!

The opportunity for the business to expand is there for Tim and as it is his own business he has the freedom to make this decision himself.

We caught up with Tim to recap his initial decision to start an oven cleaning business, what made him choose The King Academy and importantly how it’s working out for him. 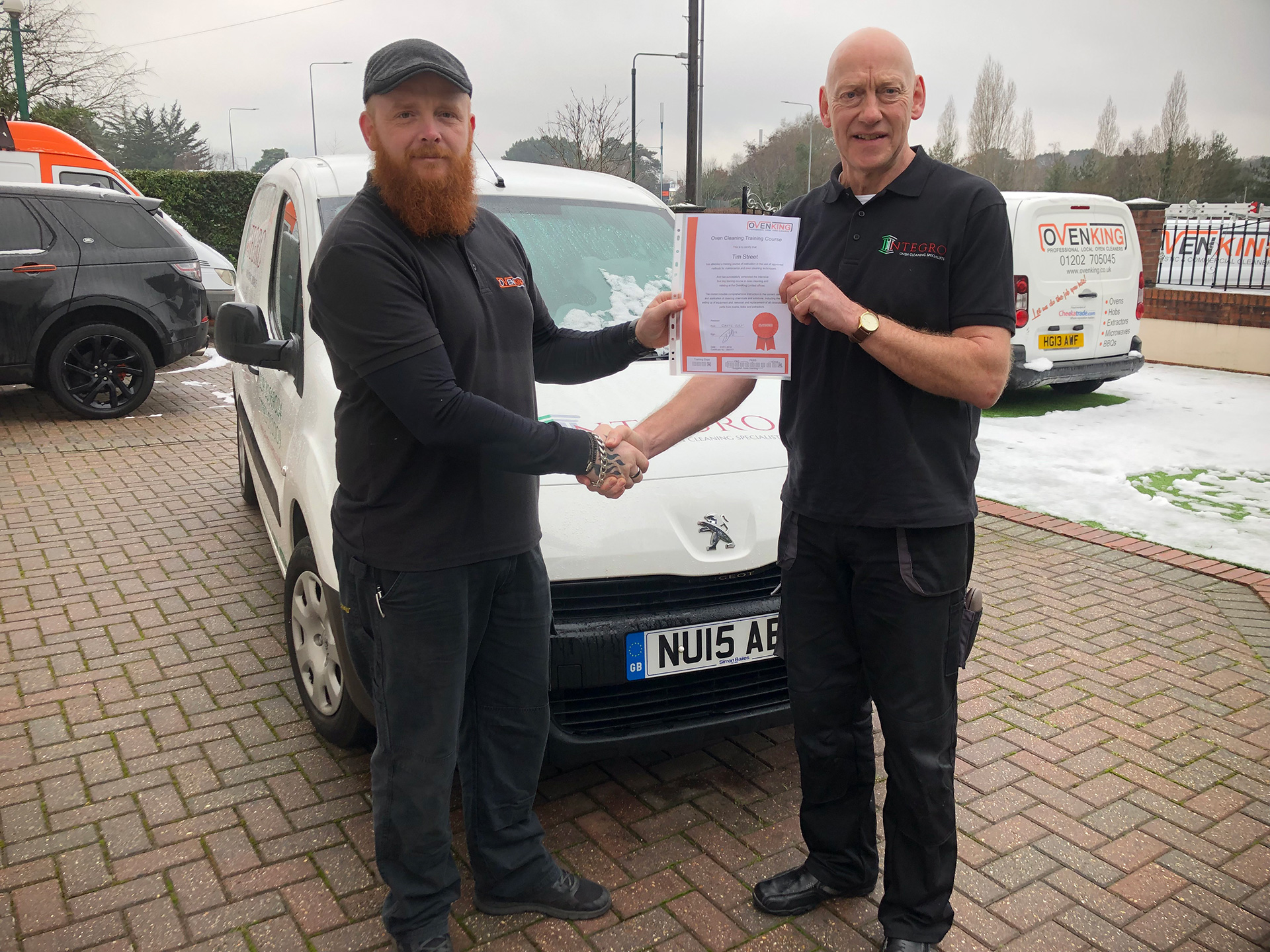 “Prior to starting my own Oven Cleaning Business I was in the Royal Navy (RN) for 38 years, 22 years active service and 16 years in recruiting.  I finished my career in the RN in March 2019 and did my training with Oven King as part of my resettlement in January 2019.

I chose the Oven Cleaning Industry because I wanted to do something that was not too stressful, I could work the hours I wanted, the start up costs were reasonable and I thought it was something I would be good at having come from a military background and having a good eye for detail.

My previous career has been useful as I am used to working in difficult and arduous conditions so cleaning an oven is pretty simple for me really.

I found out about Oven King as I was first looking at buying into an Oven Cleaning Franchise but thought that the cost was excessive and also you were restricted to certain area’s so I looked at how I could start up on my own and after a bit of research on the internet I found that Oven King had everything that I wanted.  They could supply all the kit I wanted, give me the necessary training and also set up my website etc.

My decision to train at Oven King was made after I spoke to Daryl on the phone and I felt that he could make starting my own business straight forward and give me everything I needed to get started.

I spent I week with Ricky and I found the training very informative and at the end of the week I felt confident that I could start charging customers to clean their ovens and that I could do an excellent job. 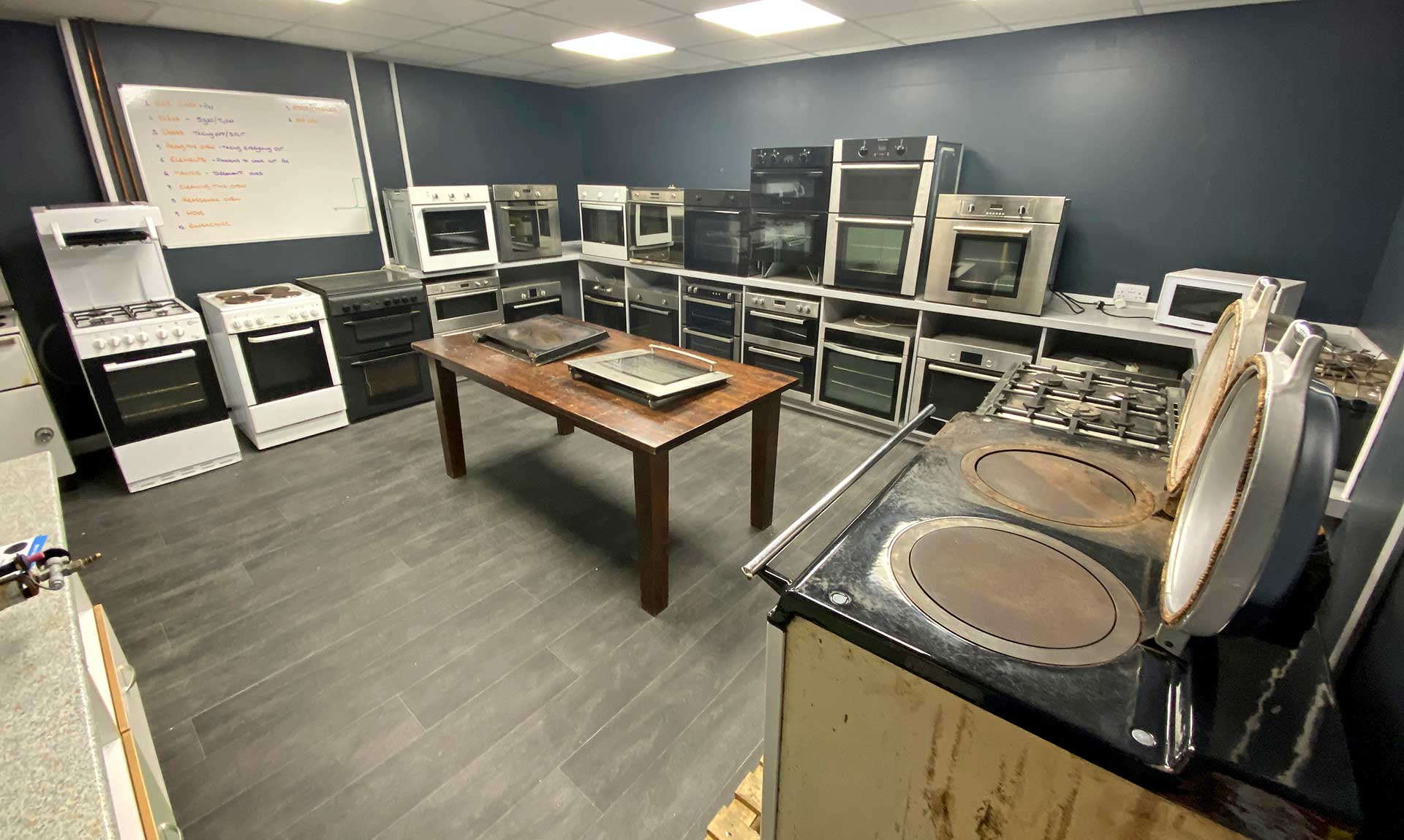 My first mistake was that I started spending money on magazine advertising as this was expensive and also didn’t really produce much work.  I then started a Facebook page and did a few Facebook adverts which is quite cheap and gives great exposure.  After a while I joined a few local Facebook groups and when a customer gives me a review I share it on these groups and this gives me free advertising.

My business was really starting to take off after about 6- 12 months which is when Covid started and I was forced to take 2 months off which was really annoying as most of my work at this point was coming from word of mouth and recommendations so I thought all my hard work in getting the business up and running had been destroyed.  But I was wrong, I started back again at the end of May 2020 with 1 advert so people knew I was back and I haven’t advertised since.  All my work is from recommendations or people finding me on the internet or Facebook.  I have more work than I really need and my customers are waiting about 4 weeks at the moment for an appointment.  This is mainly because I only do 2 or sometimes 3 jobs a day as I like to start at 9am and be finished by 2pm.

In the last financial year I only worked for eight and a half months for an average of about 5 hours a day and managed to turn over 24K which is not bad.  I am trying to run the business on a part time basis but I do occasionally work the odd Saturday or after 2pm especially around Christmas time when I get inundated with work and I find it hard to say no to my customers.

I 100% made the right choice to start this business as I have the freedom to work when I want and take holidays when I want and I also enjoy working for myself and getting out what I put into the business.

If I was younger (I’m 60 this year) I think I could easily expand this business further but that is not what I wanted when I started, I just wanted the freedom to work for myself.

I would say Integro Ovens is very successful and I am very proud of what I have achieved. “

Would you like to start your journey as an oven cleaner? Enquire now!